We were lucky with lions this month as we saw the Southern Pride making kills a couple of times. Another morning we went on safari looking for these majestic cats, but they were playing hide and seek as we struggled to find them. We then decided to stop for our morning game drive coffee on an open area with nice view of the reserve. We scanned the area with our binoculars and we saw a lot of relaxed zebra and wildebeest grazing. We then said we not going to see the lions that morning, but five minutes later we saw zebra and wildebeest running towards us making snorting sound through their nose warning everyone of danger. 200 meters away from us, wildebeest was on the ground, legs in the air and a lion on top of it.  For some reason, the wildebeest managed to free its self and escaped the lion attack. We followed the lions and we realised they had already made another zebra kill prior to the wildebeest. We watched them feeding and every one of us was just excited with our morning encounter and experience. The western pride is still hanging around Nyala plains and Thembe male is often seen coming back to the central of the reserve making his territory. 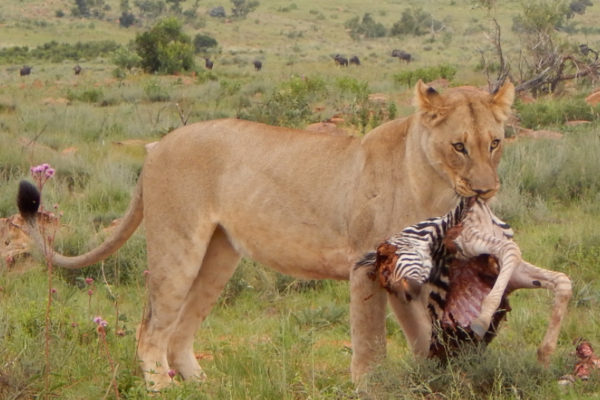 We had great leopard sightings this month and the sightings which were close to us where in Sterkstroom valley. A few times this month, we saw a leopard that is denning close to site 44 picnic spot. This individual is very relaxed and sometimes we see him very close to the road. Some other leopard individuals we saw included the one that roams between our lodge and site 33. We also had great sightings of another leopard around Broken Bridge and Lily Dam. There have been other leopard sightings which were called in by other guides in the western section of the reserve. 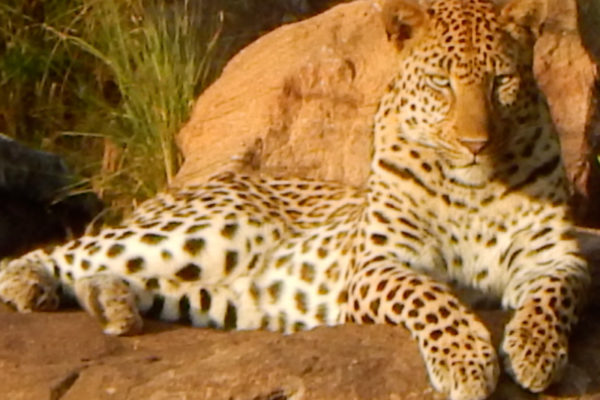 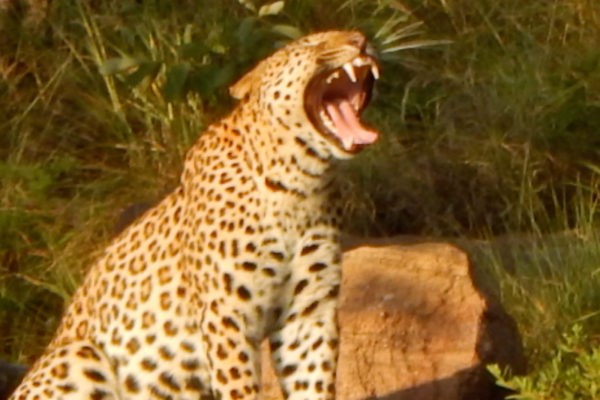 The breeding herd of buffalo is constantly seen feeding and drinking on Eddie Young plains and site 20 waterhole. The rest of our buffalo sightings were individual bulls we saw mainly in Sterkstroom valley, Lily dam and Jackal road. The breeding herd is still very shy as most times we try to approach them with our safari vehicles, they quickly take off into the thickets. 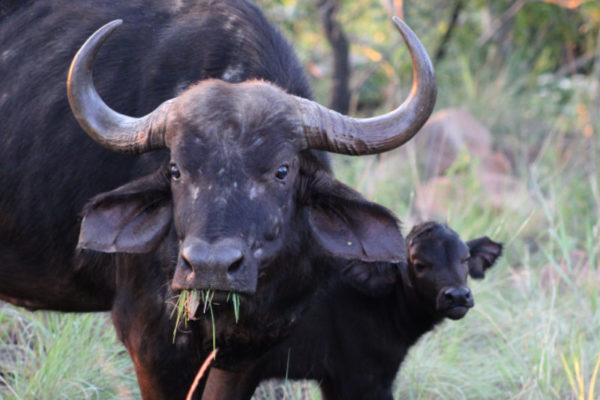 Just like all other previous months, elephants were just all-over the reserve. We had some great sightings on Taiboos valley as we watched the breeding herd feeding in the thicket with their young ones. We also had great sightings in Sterkstroom valley. Another day whilst returning to the lodge from our late afternoon safari, we had to wait for almost an hour as the elephants were all-over the road and there was no other alternative route to bypass them. Fully grown up bull elephants can weigh between five to six tonnes. Since they are the largest land mammal, sometimes they enjoy testing your patience by just walking or standing in the middle of the road for hours as they will be just showing you who’s the boss in the African Savannah. 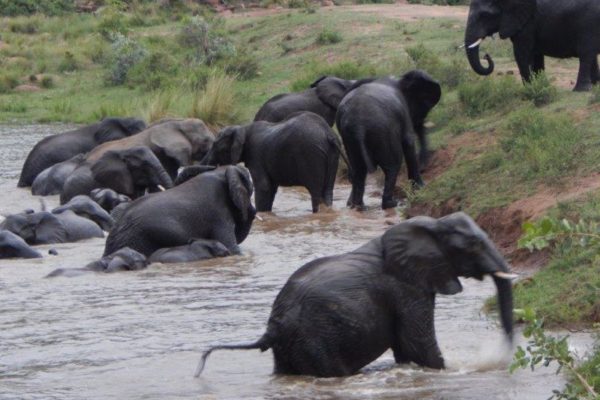 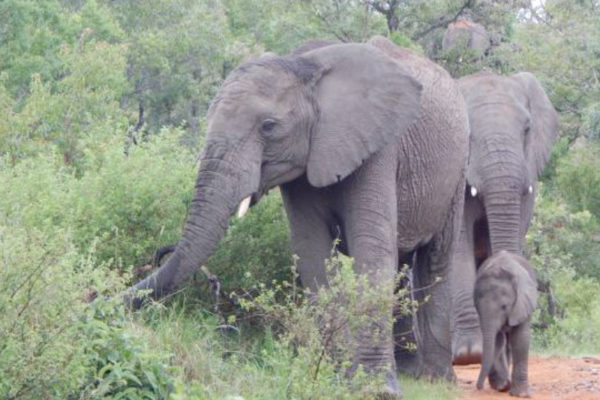 In South Africa, Welgevonden is amongst the best area to see cheetahs in the wild as these cats are endangered with narrow genetic diversity within populations which is affecting their population recovery in the world. We are very privileged at Welgevonden as our individual cheetahs came from different populations around the country as a way of avoiding inbreeding depression and enhance genetic diversity within our cheetah population on our reserve. We have had great cheetah sightings this month as we saw the mother with her four cubs hunting and feeding mainly on impalas. She has to hunt almost every day as she has four mouths to feed. Two sub-adult male cheetahs weaned off by their mother from the South were seen a few times on their own now exploring the reserve to establish the portion of the reserve which suits them. They are other individuals which were sighted in Sterkstroom, Nkokoni plains and Nola’s loop. 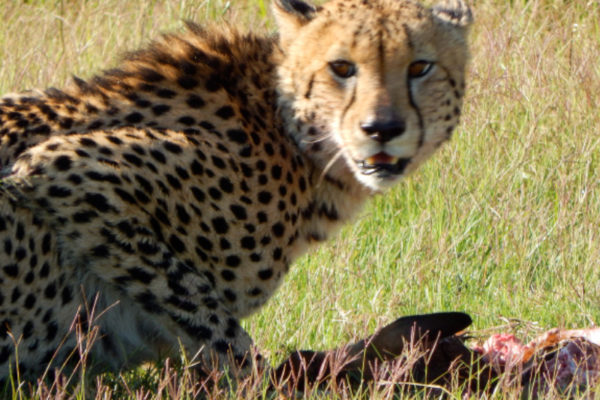 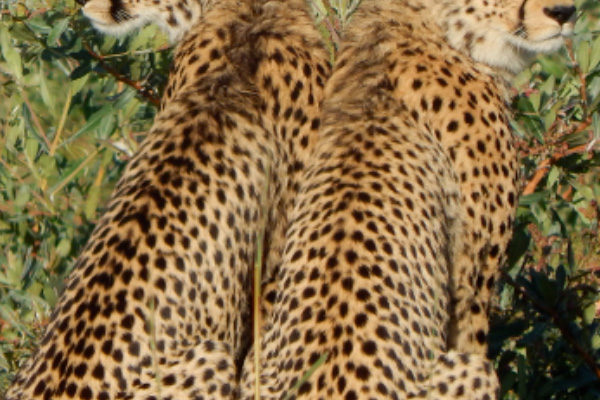 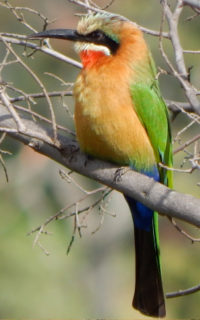 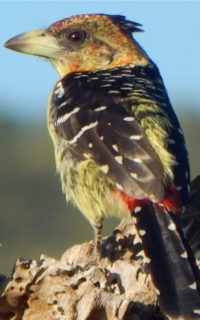 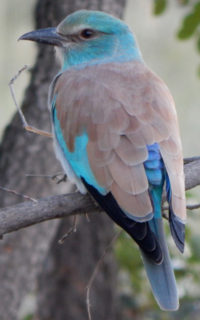 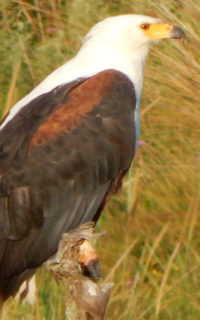 We saw spotted hyenas, warthog and jackals fighting over a wildebeest carcass. Cape Vultures were also sighted on the same wildebeest carcass. Another interesting sighting that is worth mentioning this month was watching the cape clawless otter hunting and catching fish in Sterkstroom river. We also saw a big crocodile feeding on a juvenile waterbuck, because crocodile can’t chew, it was interesting to see him biting and spinning to get chunks of meat from the waterbuck carcass. 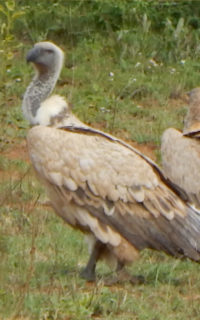 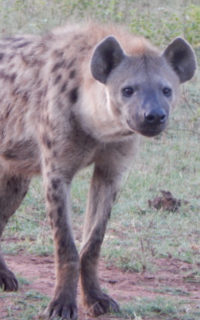 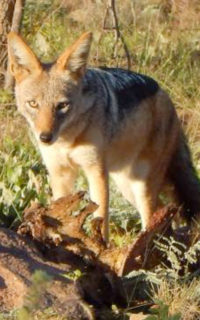 Other news on the reserve:

The reserve is in a very good condition at the moment with lots of animals in very healthy condition as there is a lot of food and water for them on the reserve. Lots of animals young ones are growing fast as some of them are almost same size as their mothers. Most wild animals’ young ones grow quickly as a way of escaping competition from other individuals and predation by different predators.

As usual animals enjoy sharing the lodge with our guests. We had a small group of elephants that came through the lodge. Zebra, impalas, nyala, kudu and other antelope species often come to the lodge to feed and relax as there is a lot of lush green vegetation around the lodge premises. 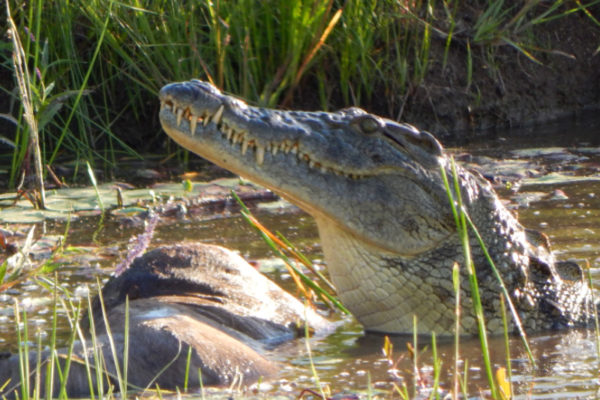 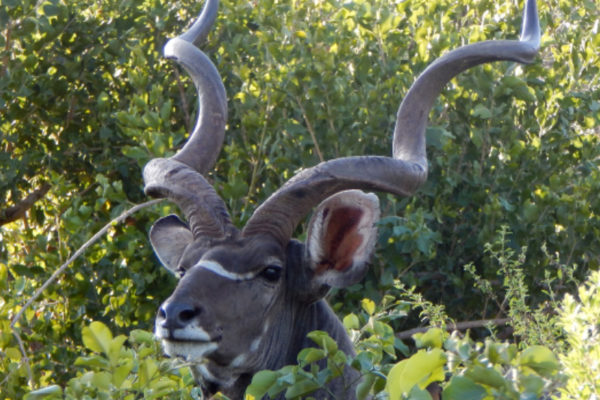 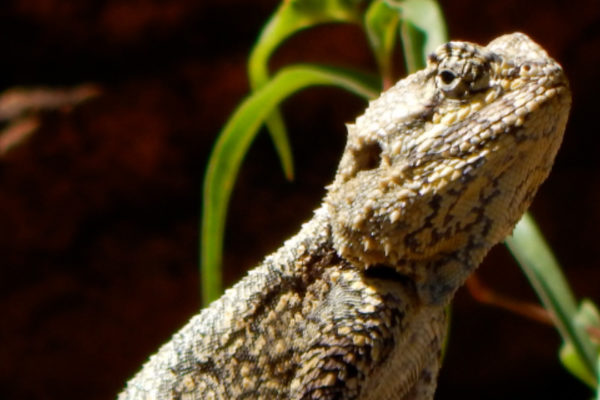