This month the sightings of lions on the reserve have been good. Tembe the male lion of the north has been very active with marking territory and patrolling the reserve. He has even come as far as into the south where the Dinokeng male lion is. The two males have not met yet but we are sure that when they do it’s going to be a sight to see. Male lions will mark territory in order to establish more territory and the more territory they own the more dominant they are.

The females on the reserve are also doing well both females in the north and south are still very successful with their hunting and always when we see them they have full stomachs. There are no new lion cubs on the reserve yet but we suspect one of the females might be pregnant only time will tell. Hopefully, soon there will be new little cubs running around 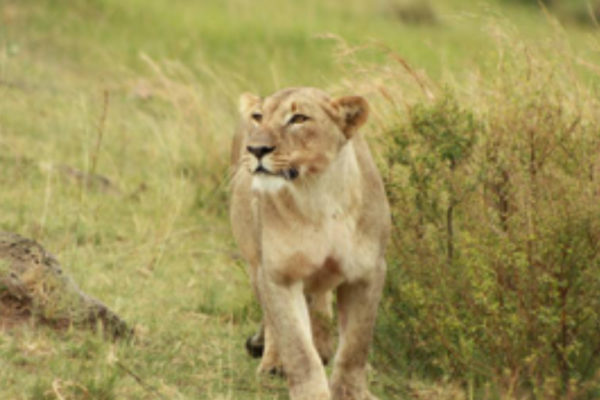 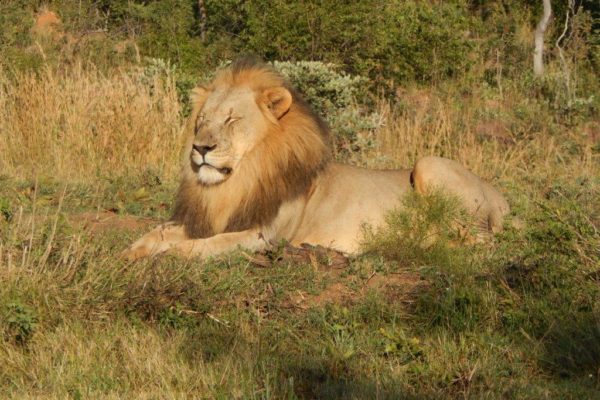 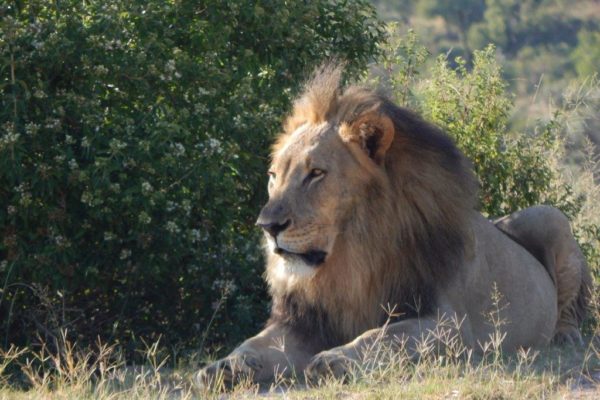 We have been extremely lucky with leopard sightings this month with almost 8 confirmed sightings. Leopard is a shy animal by nature and relies highly on being stealthy and quite which are also the techniques they use while hunting. They are ambush predators, which will wait on active game paths or in long grass hidden away waiting for prey to walk past and catch the animal when they least expect it. There has been a young female leopard on the sterkstroom river road that we have seen often.  She is still shy but also relaxing nicely with the vehicles so hopefully, we will see more of her! 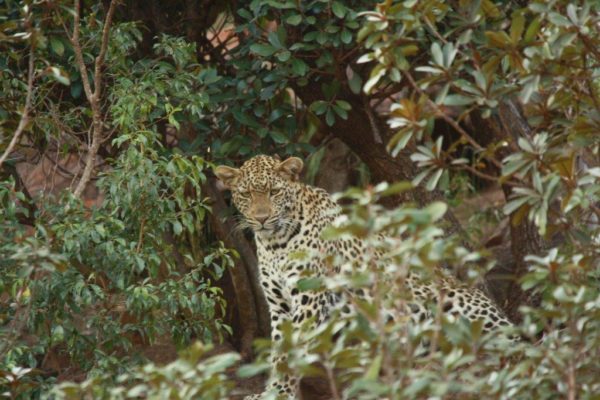 Buffalo sightings have been a little on the quiet side. But this has a lot to do with the dense vegetation. Allot of the buffalo are close to the river because there is good grazing as well as a good supply of water. But the vegetation along the river is still very dense from the late rains we have received so spotting buffalo can be tricky. Although we have had some good sightings we were even lucky enough to see the big herd of buffalo at least 40 strong. Hopefully with winter approaching the vegetation will thin out a bit and spotting the buffalo will become a bit easier. 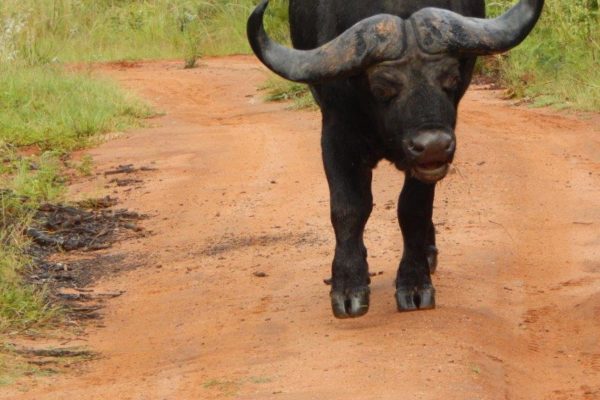 Sightings have been good this month. Most of the herds have spent the majority of the month in the central and northern regions of the reserve with a few single bulls on the sterkstroom river road.  We have a nice population of elephants on the reserve and we do see them often. Sometimes even getting elephants up at the lodge, which is great, what’s better than an elephant on your doorstep!

Elephants can go periods of time without water but if water is nearby they will drink every day. Water is important because it keeps the elephants hydrated and also it cools them down. Allot of the time you will see elephants mud bathing and even completely submerged under water, they love it and its also like a social event it gives them time to bond and strengthen bonds. Elephants will use water in another interesting way by splashing water behind their ears reason they do this is because they have a very large network of veins behind their ears. The warm blood in the ears is cooled then pumped back into the body which brings their temperatures down so acts almost like a car radiator which is very cool! 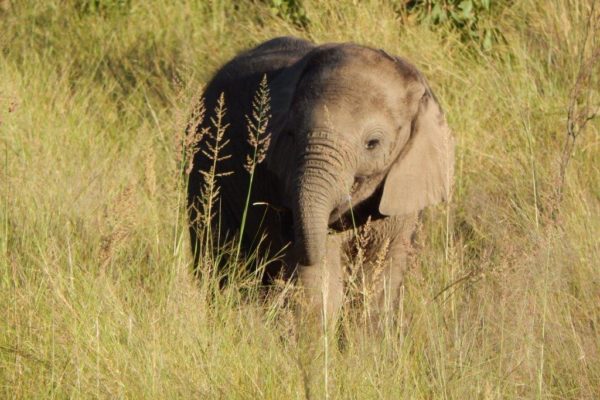 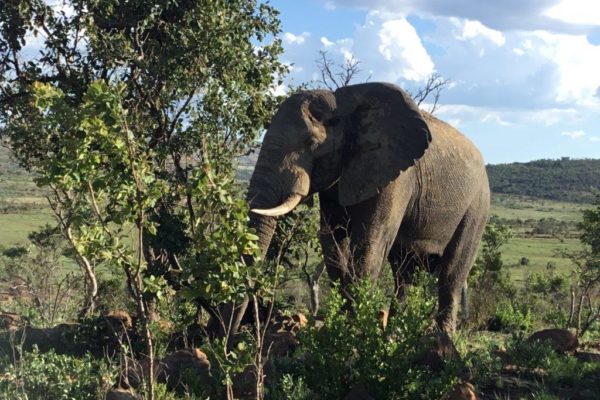 Cheetah the world’s fastest land mammal reaching speeds of up to 100km/h are very impressive animals and when we get to see them on the reserve it’s always great. We have had good sightings this month. We even had some amazing news come in the other day a mother with 4 newborns were spotted, she has not been seen again but that’s due to the fact that cheetah cubs are normally hidden in long grass for up to six weeks where the mother can care for them and make sure they are safe. After this time period, the little ones will then come out of hiding and follow the mother around. We hope to see the little ones again and we are keeping our fingers crossed that they stay safe out there. 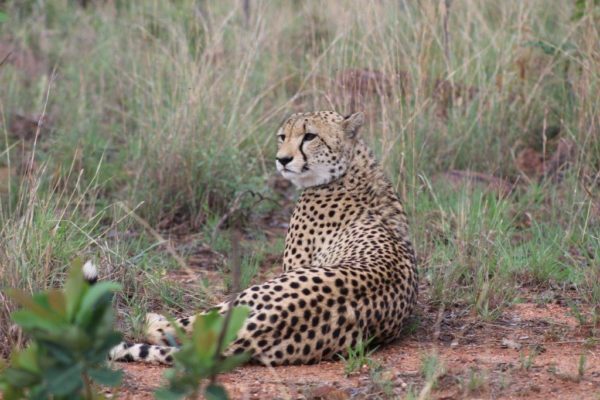 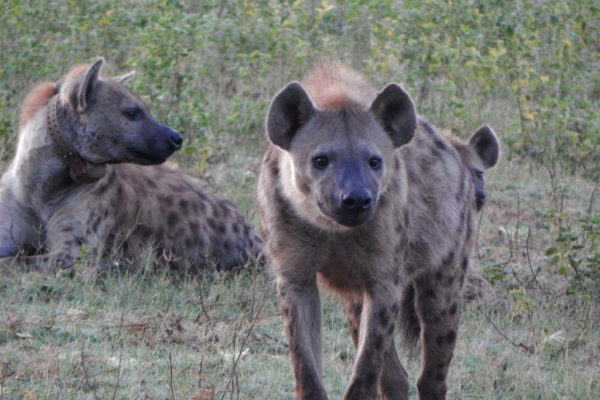 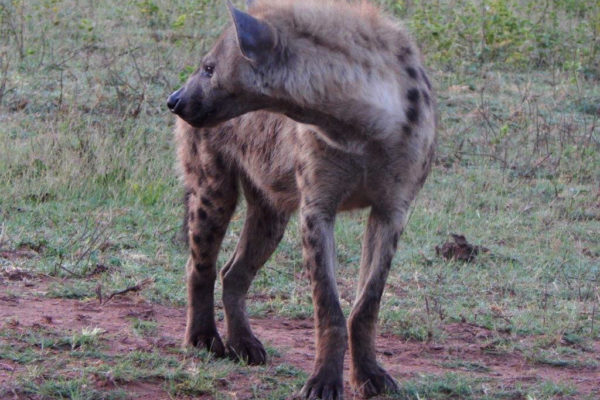 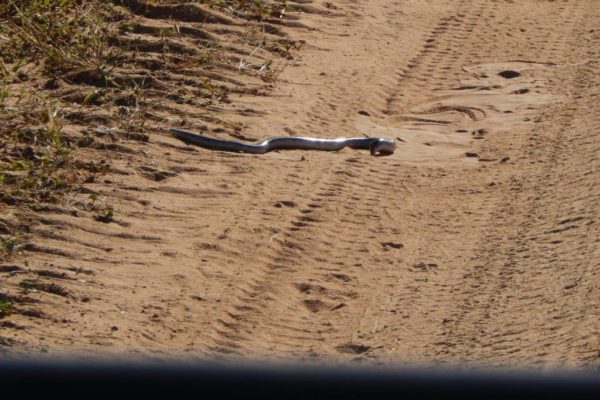 We had a few Zebra and Waterbuck visiting the lodge. It was amazing to have the little Zebra also sleeping in the road in front of the Lodge. A herd of Elephant came by the rooms on their way to the river. Lots of Kudu was also seen down by Sterkstroom drink water. Hyena calls could also be heard at night. 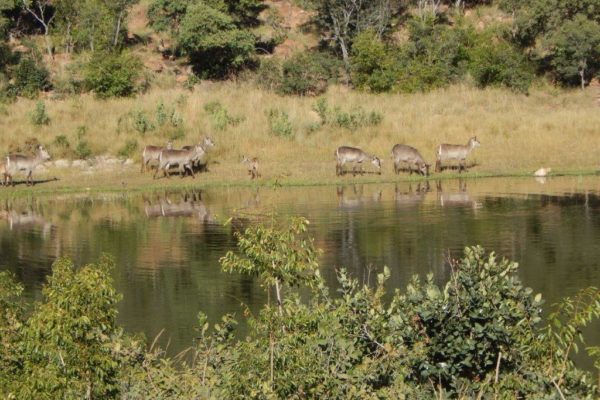 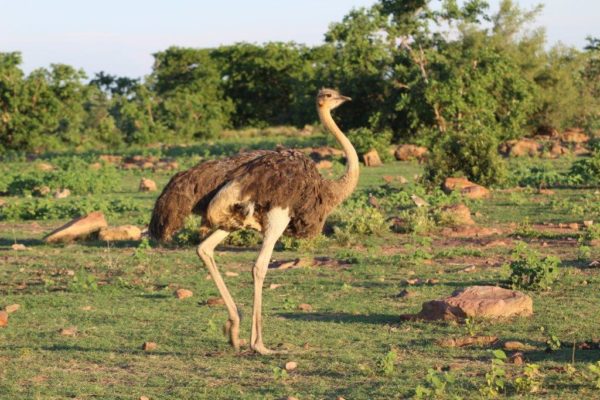 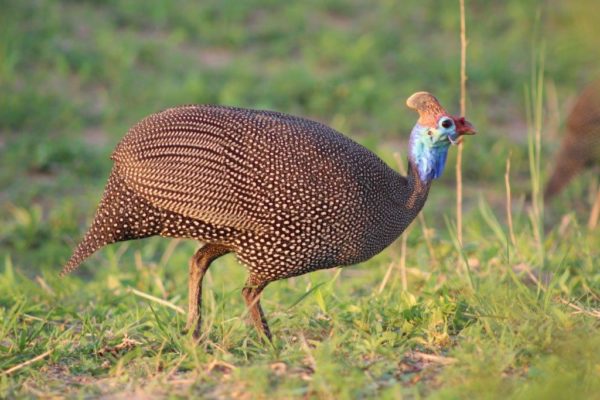 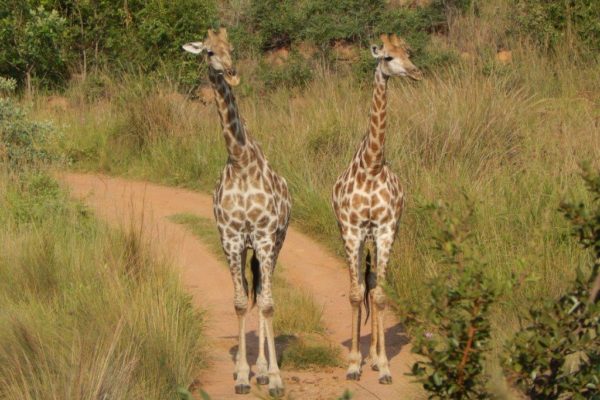